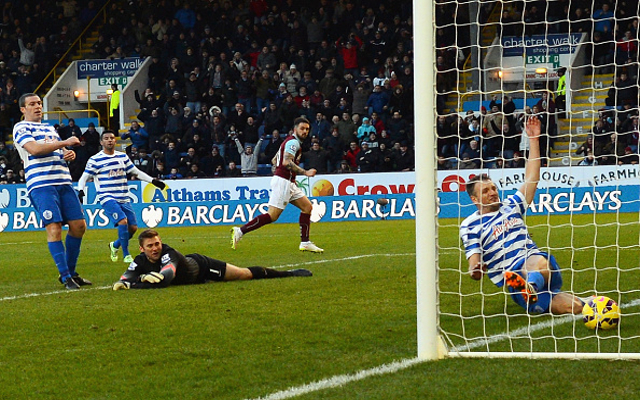 Stamford Bridge side linked with push for Turf Moor striker.

Chelsea are reportedly ready to join an ever growing queue of clubs tracking Burnley forward Danny Ings according to the Daily Star.

The 22 year old has been in superb form of late and is attracting the attention of a raft of clubs in the top half of the Premier League.

Tottenham and Liverpool are both keen on the England Under 21 international who is out of contract in the summer and could then be picked up for a compensatory fee of around £3m, which would represent a massive bargain.

Ings fired Burnley into the top flight last term with 26 goals in all competitions and has certainly proven himself capable of making an impact in the Premier League despite Sean Dyche’s side sitting just above the relegation zone.

The Clarets star has bagged six goals and three assists this season and is a player Burnley will be loathed to lose in January, knowing that such a deal could cost them dear, and as such a summer departure appears likely.

Jose Mourinho may feel Ings could act as a solid back-up squad player especially with Didier Drogba likely to hang up his boots when his Blues contract expires at the end of the current campaign.

A Chelsea move for Ings also helps to boost their ‘homegrown’ player quota in a cost-effective manner.