Tanaka has signed with the Wanderers for its upcoming ACL campaign and any potential round of 16 matches, but could be included in its A-League squad if a mass clean-out is conducted at the club.

Vitor Saba, Seyi Adeleke and Daniel Mullen are reportedly on the outer at Western Sydney, while an unnamed Chinese Super League club are believed to have made a lucrative offer for star striker Tomi Juric.

Tanaka is capable of playing on either side of defence, and Wanderers CEO John Tsatsimas said he was ecstatic to secure the Kawasaki Frontale man’s services.

“Yusuke is a fantastic addition to our squad and brings a great deal of experience to the Wanderers,” Tsatsimas said.

“He is a talented and capable defender who can play either side of defence and having seen first-hand his work rate we feel that he will fit into both our style of play and our team culture very well.”

The 28-year-old began his career at Yokohama F Marinos before going on to make 155 appearances for Kawasaki Frontale since joining the club in 2011. 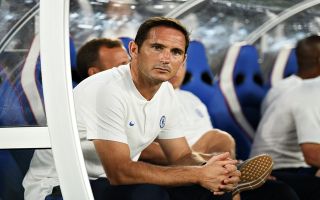