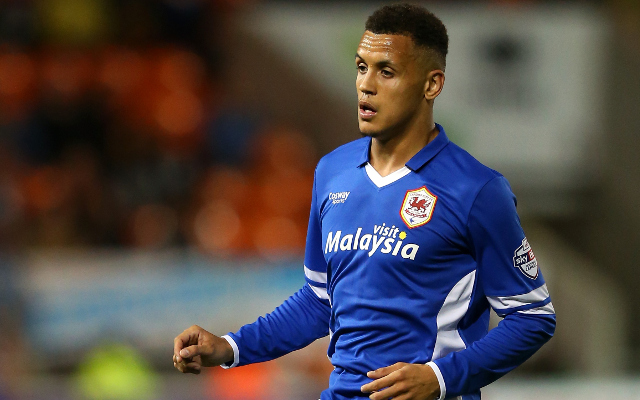 Serie A giants Lazio are looking into the possibility of signing former Manchester United trainee Ravel Morrison from Premier League surprise package West Ham United in January, report the Mail, with the attacking midfielder having been told that he has no future at Upton Park and would be allowed to leave the club on a free transfer.

Morrison has recently been sent back from an unproductive loan spell in the Championship with Cardiff City, the early promise of his displays for the Hammers last season now having evaporated entirely as the player’s off-the-field issues once again threaten to rear their ugly heads and derail his promising career.

The player has been training with the Hammers’ Under 21 side since he returned to the club and manager Sam Allardyce clearly sees no future for Morrison in East London, with the two parties currently embroiled in a dispute over Morrison’s wages for December.

Lazio are interested in giving Morrison a chance to rebuild his career away from England, with West Ham only set to ask for a sell-on fee as apposed to any upfront figure, with the Roman club flying high in Serie A and having played out an entertaining 2-2 draw with bitter rivals AS Roma at the weekend.