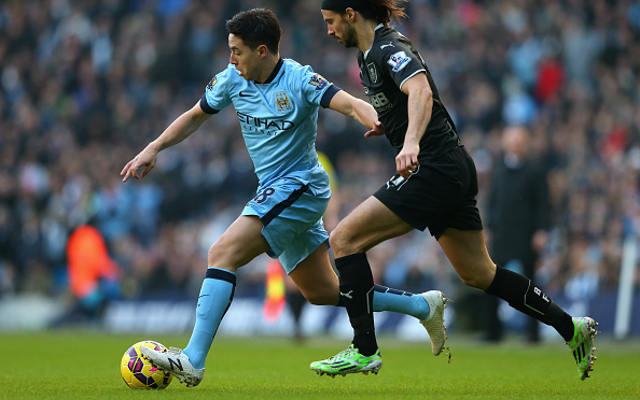 Manchester City star Samir Nasri has revealed he held secret talks with Sir Alex Ferguson over a possible move to Manchester United in the summer of 2011, according to the Daily Star.

The French international was at Arsenal at the time, and his fine form at the Emirates Stadium made him a top target for a number of big clubs, with United known to be keen on him at the time.

However, despite meeting Ferguson in a private apartment to hold secret talks over a move to Old Trafford, Nasri has revealed he was unconvinced by the Scot’s demands.

The legendary manager told Nasri that he would have to ‘go to war’ with Arsene Wenger to force a move to a rival club – something the former Marseille star was not willing to do.

In the end, Nasri made the move to City and feels he was vindicated in his choice by winning the Premier League title in his first season at the club.

“We met in Paris with Sir Alex in a private apartment so as not to fuel rumours by meeting in a hotel,” Nasri said.

“I was not convinced by his speech. There was one thing that was a problem. He said he had never hired an Arsenal player and he’d have to go to war.

“I told him that it does not interest me to go to war with Arsene Wenger.

“Manchester City was the first club to show interest. I had some doubts about the evolution of the club. Then I thought they really wanted me.

“They were about to sign Aguero and there was already Silva, Balotelli, Tevez …

“I had a discussion with my agents. They asked me if I wanted to make history or be a player like any other at United.

“I said, “Go ahead.” I won the title in my first season, so my choice was the right one.”