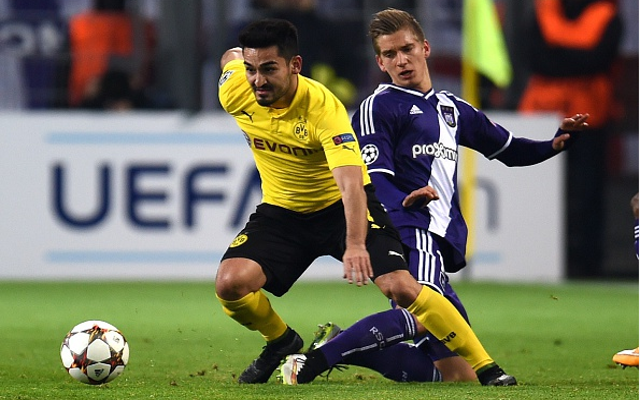 Arsenal are closing in on a deal to capture Borussia Dortmund midfielder Ilkay Gundogan according to the Metro.

The 24 year old is the subject of a Gunners bid worth £15.6m and the two clubs are now in discussions that could well lead to the German international moving to the Emirates Stadium.

Borussia Dortmund are ‘seriously considering’ accepting the offer with Arsene Wenger said to be ‘determined’ to get the deal done this month.

Arsenal could well do with a strong midfield capture and Gundogan offers the qualities of a defensive midfielder whilst also being very comfortable on the ball and able to make an impact in opposition territory.

The likes of Mikel Arteta and Mathieu Flamini have failed to impress in holding and defensive midfield roles and the fact that Wenger had to recall Francis Coquelin from his loan spell at Championship side Charlton Athletic goes some way to illustrating just how short of options the north London club are at present.

Gundogan played a pivotal role in helping Jurgen Klopp’s side to a domestic double in 2011/12 before driving the club to the Champions League final in 2012/13, netting in the final against Bayern Munich, however his career has since stalled due to lengthy spell out with a back injury though is now fully fit.