Arsenal are reportedly ‘ready to begin’ talks to sign Borussia Dortmund duo Ilkay Gundogan and Mats Hummels according to the Metro.

By all accounts the north London side have significant funds to invest in players this month and this pair of German talents will apparently set back Wenger a cool £63m, though these signings are precisely what they need in order to resolve obvious problem areas.

24 year old midfielder Gundogan has spent a fair bit of time out with a back injury over the past two seasons and is apparently stalling on signing a new deal with his Westfalenstadion side sitting in the Bundesliga relegation zone.

Gundogan would be a huge improvement on the current options when it comes to filling holding or defensive midfield slots with both Mikel Arteta and Mathieu Flamini arguably past their best. 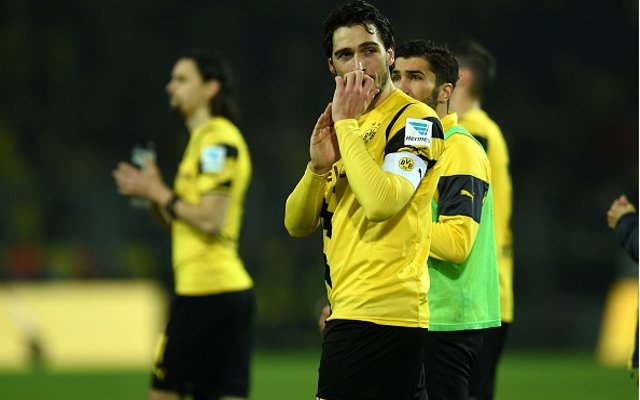 Similarly 26 year old Dortmund skipper Hummels is yet to put pen to paper on a new offer that is on the table and could be considering his options.

Wenger could well do with a fresh central defensive option and Hummels is arguably one of the best in his position across all of Europe.

Per Mertesacker has struggled for form this term and Laurent Koscielny has suffered some injury concerns and having failed to replace Thomas Vermaelen following his move to Barcelona the Emirates Stadium side have certainly been stretched at the back.