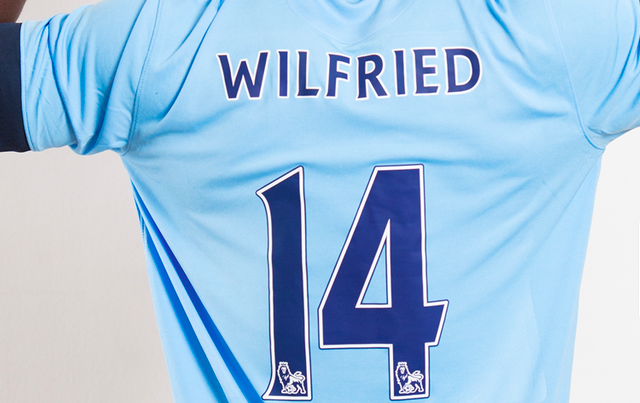 Manchester City have confirmed the signing of Wilfried Bony from Swansea City for an undisclosed fee.

The Ivorian striker, who is currently with his national side at the African Cup of Nations, has joined Manuel Pellegrini’s side for a fee reported to be in the region of £25 million and will take the number 14 shirt in the squad.

BONY SIGNS: We are delighted to announce the signing of Wilfried Bony: http://t.co/iRQHtMGe3x #mcfc #welcomebony pic.twitter.com/FRvgHcYc0w

Bony will sign a reported £100,000 a week deal at the Etihad but City will consider it money well spent as they add 2014’s most prolific Premier League scorer to their already impressive strike force.

“It’s a great feeling for me, it’s a big honour to be here and it’s a great challenge,” Bony said the the Manchester City Official Website.

“As a player it’s always good to be part of one of the biggest clubs in the world and it’s a good opportunity for me to be in that situation now – I’m really proud. “I felt excited to wait for this moment and now it’s come, it’s fantastic.”

Being at the African Cup of Nations, Bony may not be able to make is City debut until mid-February, but City boss Manuel Pellegrini is happy they have boost their potency upfront.

“He is very difficult to mark because he is so strong,” said Manuel Pellegrini.

“He is an intelligent footballer who has skill and power. His goals record has been excellent since he came to England. He adapted very quickly to the game here and I think he will settle in at City quickly.

“He will be a very good addition to our squad. We now have four top class strikers and I am looking forward to seeing them work together.”