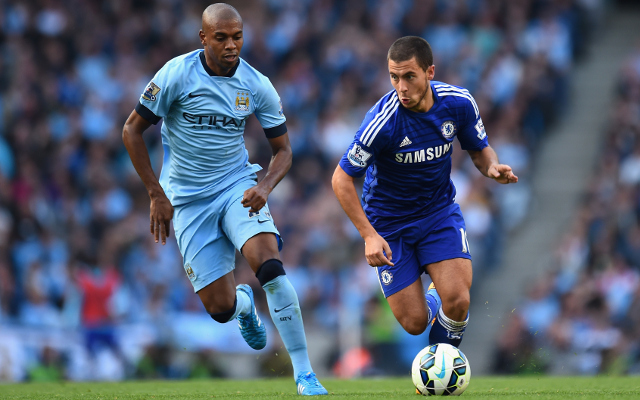 Reigning Premier League champions Manchester City host Arsenal on Sunday followed by a trip to biggest title rivals Chelsea, and Fernandinho has admitted that the next two games will be crucial come the end of the season, reports the Mirror.

The 1-1 draw against Everton on Saturday saw Manuel Pellegrini’s side drop two crucial points, and Man City know that they simply cannot afford any more slip-ups if they are to keep their hands on the trophy.

The draw at Goodison Park was a major blow to The Citizens; after fighting back from Chelsea’s eight point cushion over the festive period, the Blues are firmly back in the driving seat.

However, Fernandinho is aware that much of the season remains and there will be many twists and turns still to come with the Stamford Bridge outfit more than capable of slipping up – as shown in their 5-3 defeat to Tottenham on New Year’s Day.

Sergio Aguero, Vincent Kompany and Edin Dzeko have all returned to fitness, just in time to for the huge games coming up for the Manchester club, and will help ease fans concerns with Yaya Toure away at the African Cup of Nations.