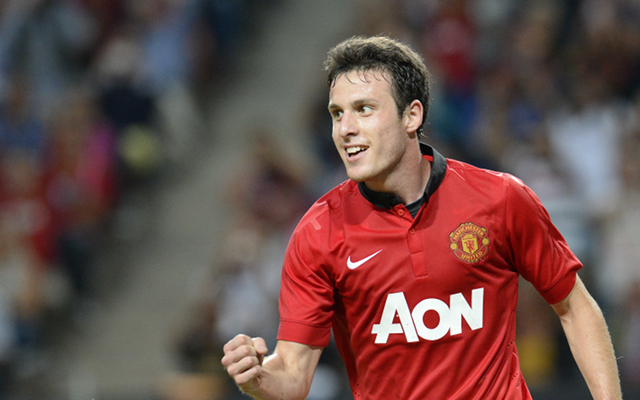 Striker signs contract to remain with on-loan side on a permanent basis.

The Chilean forward was loaned to Zagreb after seeing his chances at Old Trafford take a major hit following United’s major splurge in the transfer market on the likes of Angel Di Maria and loaned Monaco star Radamel Falcao.

And it appears the South American has taken the decision to leave the Red Devils permanently in the search for more game time with Prensa Futbol reporting comments by Mamic that say the club have bought Henriquez for a €1m fee.

Mamic has said the forward will move to Zagreb permanently in the summer and that there was no doubting the Chilean was now a player for the club.

“We have bought him outright for €1m. We have already signed a contract with him for the summer. There is no doubt it is ours and deal is resolved,” Mamic said.

Henriquez has been perennially on-loan since joining United in 2012 and was sent to Zagreb after learning he did not feature in Louis van Gaal’s plans.

It now appears his time with the Manchester club is at a permanent end.