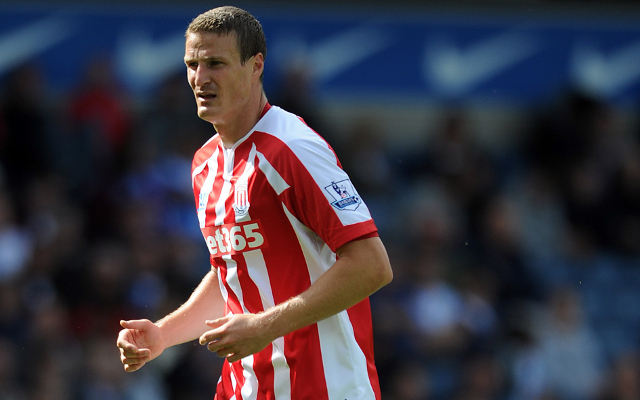 The defender has landed himself in hot water.

The FA have charged Stoke City defender Robert Huth with aggravated misconduct for comments the German made via his Twitter account.

Huth was seen responding on 12 occasions to an account which posts sexual images of individuals and invites the user to guess their gender.

The 30-year-old took part and made indecent remarks about those pictured – although later deleted the tweets – and was berated by the transgender community for his offensive comments.

Clearly no offence was meant or directed to anyone, but apologies if I’ve offended anyone

This latest decision from the FA brings up the debate of whether they should be policing and punishing footballers for things they do outside of the sport.

It follows other similar incidents involving QPR defender Rio Ferdinand – who was given a three-match ban and £25,000 fine in October 2014 for a tweet he sent – and Mario Balotelli of Liverpool, who was also fined and banned after putting a controversial image on Instagram.

“Stoke City’s Robert Huth has been charged for misconduct in relation to comments posted on social media,” an FA statement read.

“It is alleged the comments were indecent and/or improper and/or brought the game into disrepute, contrary to FA Rule E3(1).

“It is further alleged that this breach of Rule E3(1) is an “Aggravated Breach” as defined in Rule E3(2), as it included a reference to gender and/or gender reassignment.”

Huth now has until January 21 to respond to the charge.