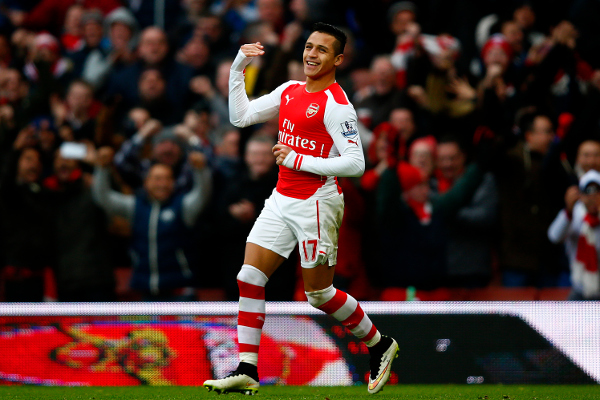 Arsenal legend Thierry Henry is immensely impressed with new star arrival Alexis Sanchez and believes Gunners’ fans have finally been given the signing they’ve been dreaming of, reports the Daily Mail.

Sanchez has ignited the Premier League since his arrival – netting 12 goals and seven assists in 19 appearances for the Gunners – and Arsenal legend Thierry Henry has spoken out on the Chilean, claiming he can become a star player at the Emirates for years to come.

The Sky analyst says Arsene Wenger has finally found a player that can deliver consistently, and not only that, but the 26 year old has an outstanding work-rate that makes him a gem of a signing.

Henry is even convinced that there has been no better arrival at the Emirates in the last six years – even if it is still early days for the Chile international.