Unsurprisingly, quite a few of them are defenders.

Thierry Henry has claimed that Alexis Sanchez has to be considered Arsene Wenger’s best ever signing as Arsenal boss.

This could certainly be the case with he Chilean maestro becoming integreal to the Gunners current successes.

But whilst Wenger has a reputation for pulling off transfer miracles and unearthing hidden gems, it doesn’t always go to plan.

We look at some of the Frenchman’s worst ever signing for Arsenal below: 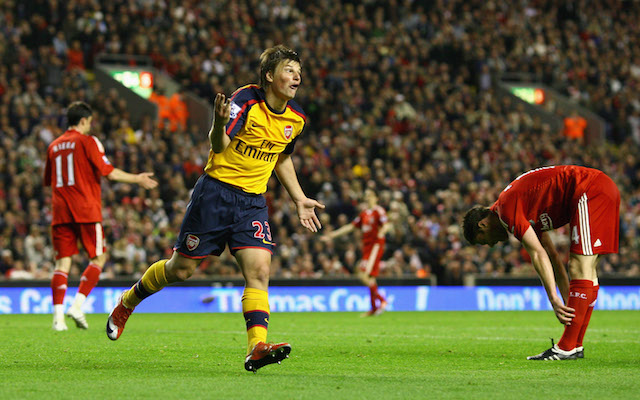 Few signings will have sparked just as much excitement among fans with Arshavin arriving after a blistering Euro 2008 where he almost won Russia the tournament by himself.

Something clicked in Arshavin though after an incredible first six months that was typified by his four goal Anfield haul. The forward seemed to lose interest, lose ability, lose fitness; intact the only thing he managed to gain was a bigger waist.

He was eventually sent packing from the Emirates definitely with a question of “What could have been?”