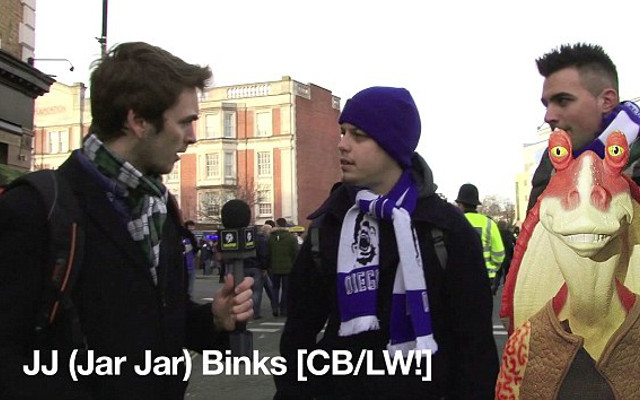 British radio station talkSPORT have stitched up a bunch of clueless Chelsea supporters.

In a hilarious stunt, talkSPORT sent a reporter to Stamford Bridge to interview fans about potential new signings in the January transfer window.

The twist was that all the players were made up. Furthermore, their fictional names were all based on Star Wars characters.

Despite this, many Chelsea fans shamelessly pretended that they thought the likes of ‘JJ Binks’ and ‘Stew Bacca’ would make good additions to Jose Mourinho’s squad.