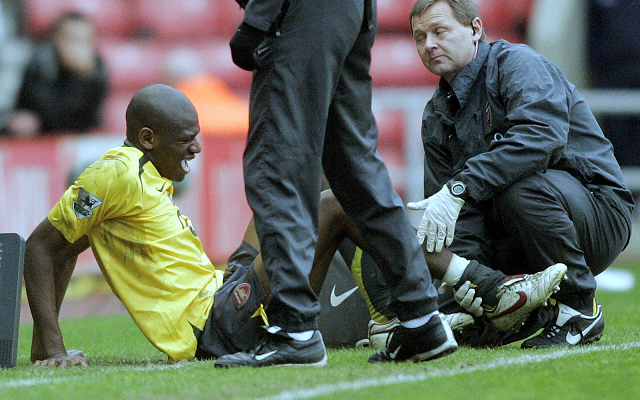 You think Arteta and Debuchy have got it bad?

There was a double blow for Arsenal as captain Mikel Arteta and Mathieu Debuchy have both been ruled out for three months after undergoing surgery for problems with their ankle and shoulder respectively.

Yet at least the duo have managed to make some impact this season, unlike these nine other Premier League stars who have been forgotten due to their injury issues. Arrived from Ajax with great promise and impressed in pre-season, but has played just 166 minutes for the Magpies since as a thigh injury sustained in September has ruined his start to life at St James’ Park.