The IFFHS has released its 2014 list of the best sides in the world.

Number one are Real Madrid, and number two are Bayern Munich.

The real surprises come further down though… 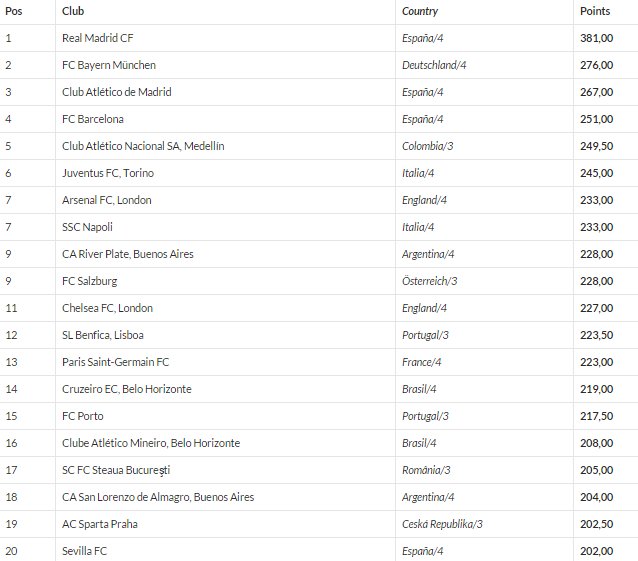