Although it’s not the biggest PR blunder we’ve seen, this slip by CONCACAF is still pretty funny…

The competition to host the final of the 2015 is intense, will several US cities in the running.

The location has supposedly not yet been decided, but it seems that might be a lie…! 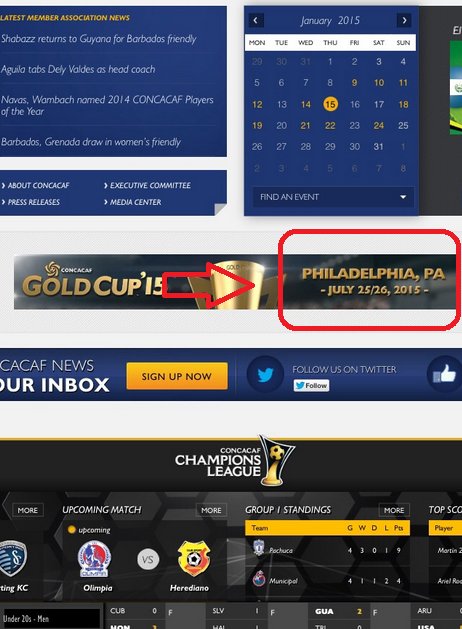