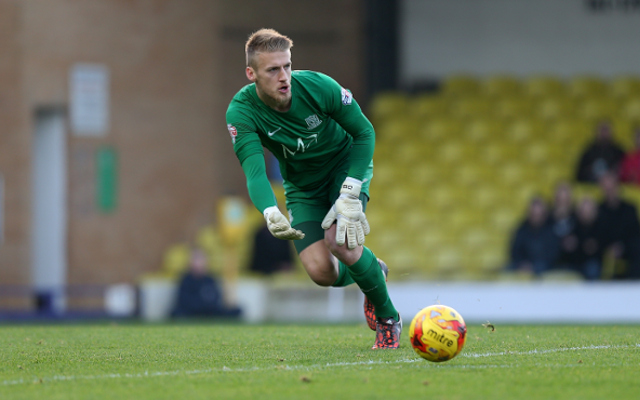 Southend United goalkeeper Daniel Bentley is the subject of interest from a host of Championship clubs including Leeds United and Nottingham Forest, reports the Daily Mail.

Watford and Bristol City are supposed to also be interested in the 21-year-old, and Brentford have supposedly had a £500,000 bid rejected by the Shrimpers.

The North London club have tried to sign him in order to bolster their surprise push for promotion from the Championship.

However, now that their offer has been turned down the Bees could look elsewhere. This would leave the way open for one of the other competing clubs to make an approach.

Forest would have to find a way around their current transfer ban though, with the club currently not allowed to sign players outside of free transfers and loan deals.

Leeds have also been linked to Serie A goalkeeper Davide Bassi, and look like they are keen on signing a new man to go between the sticks at Elland Road. Which of the two players is wanted more at the club is unknown.