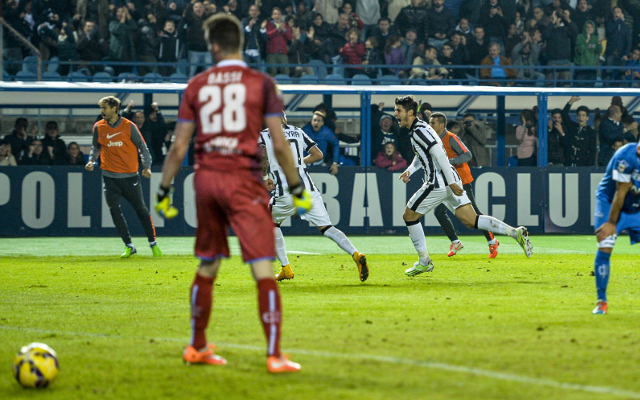 Their trying to sign yet another Italian to Elland Road…

Leeds United will have to see off competition from Cagliari and fellow Championship club Cardiff City for the signing of Davide Bassi from Empoli, according to reports in Italy.

The goalkeeper has only started four times during this season, and hasn’t played at all for the Italian club since their defeat to Juventus eight matches ago.

His contract runs out at the end of the season, and the club could look to cash in on him before he leaves on a free in the summer.

Leeds are looking to pounce for the 29-year-old but will need to beat their Welsh rivals to his signature if they want to get the stopper. Serie A side Cagliari are also meant to be in the mix for the 6 ft 3 inch goalie.

Bassi would not be the first signing from the Italian top tier at Elland Road since new owner Massimo Cellino came to the Yorkshire club. They have seemed to target players from Italy due to the new hierarchy’s familiarity with the country.