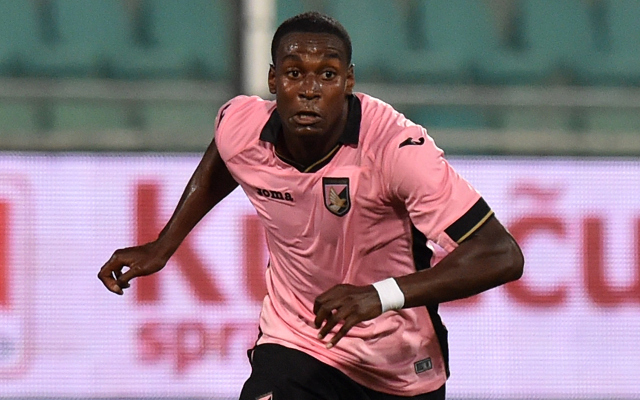 The Whites are after yet another Serie A star…

Leeds United are in negotiations to sign Palermo star Granddi N’Goyi according to the player’s agent Oscar Damiani, say Tuttomercatoweb.

The 26-year-old is apparently interesting clubs in France and England, but United are the only side that have been named by Damiani. If the comments are true, then the former PSG man would not be the first player from Serie A to sign at Elland Road since Massimo Cellino took over at the Yorkshire club.

The agent said, “Goyi has had requests, from France and England. There is the offer from Leeds, but we are still under negotiation.”

The former France Under 21’s international could strengthen the Whites after they recently let their now ex-captain Stephen Warnock leave for Championship title challengers Derby County. They had to sell the skipper because his high wages were causing too much of a dent in manager Neil Redfearn’s budget.

There is no indication that the move for N’Goyi is going to be permanent or a loan, but either it would be impressive for the second tier club to sign a Serie A star. The defensive midfielder has found himself out of the team this year but has been an important player for teams such as Troyes and Brest in France in the past.