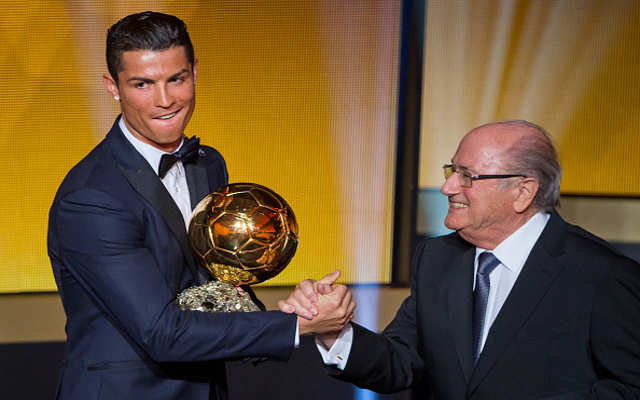 It’s been a good week for Cristiano Ronaldo with the Real Madrid forward having won the Ballon d’Or on Monday and then being named the best Portuguese player in history on Wednesday, reports AS.

The Gala Quinas de Ouro ceremony held as part of the celebrations of the 100th anniversary of the Portuguese Football Federation picked out Ronaldo as the country’s greatest ever player ahead of illustrious figures Eusebio and Luis Figo.

The former died last year and is regarded as one of the finest footballers of all time, with his big moment coming at the 1966 World Cup where he top-scored, as well as winning the European Cup with Benfica in 1962 and 11 Primeria Liga titles.

Ronaldo’s success has come away from Portugal, with the 29-year-old initially making his name at Manchester United before heading to the Estadio Santiago Bernabeu for a then world record fee of £80m in 2009.

Since then the attacker has scored an incredible 285 goals in just 274 appearances, winning La Liga, the Champions League and the Copa del Rey twice and the Ballon d’Or award given to the former United man was the third of his career.

Ronaldo was unable to attend the event at the Casino de Estoril as he is preparing for the clash with Atletico Madrid, but both FIFA and UEFA presidents Sepp Blatter and Michel Platini were in attendance.