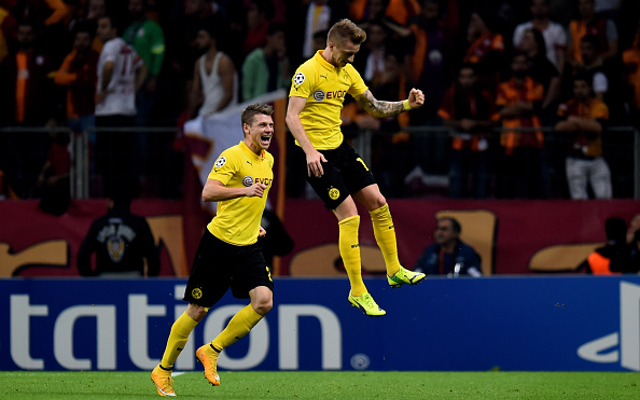 The German international had been reported to have an agreement in place with the La Liga giants.

Chelsea have been given renewed hope when it comes to their reported attempts to sign German international forward Marco Reus from Borussia Dortmund, report the Metro, after the player’s agent rubbished reports that his client had an agreement in place to sign for La Liga giants Real Madrid.

Reus, who has been out injured since suffering an ankle injury in a Bundesliga draw against Paderborn in November, is widely expected to be leaving Signal Iduna Park at the end of the season when a clause in his contract becomes active, a situation made all the more likely by the struggles of Jurgen Klopp’s side in the German top flight this season.

Chelsea have been heavily linked with a move for the former Borussia Monchengladbach star, as Jose Mourinho looks to continue building a top class side at Stamford Bridge, but those hopes appeared to have been extinguished when reports in the Spanish press emerged indicating that Reus had agreed a deal with Real.

Hope can now be renewed, however, after Reus’ agent Dirk Hebel dismissed the reports outright:

“The report is blatant nonsense.”