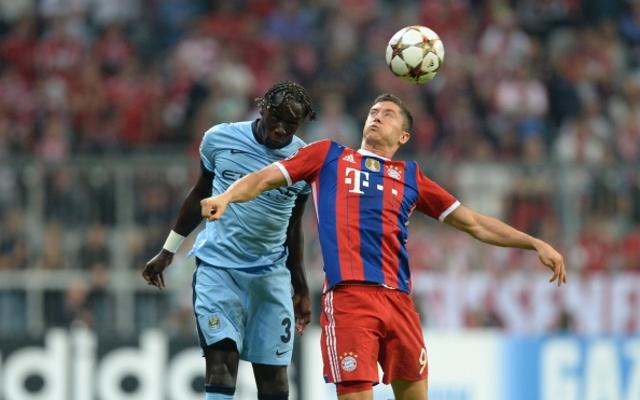 Manchester City are set to axe right back Bacary Sagna from their Champions League squad for the knock-out stages of the competition, report the Mirror, after the signing of Wilfried Bony from Swansea City put them over the allotted number of foreign players allowed by the restrictions imposed on City after failing Financial Fair Play rules.

The issue means that, unless City sell one of their foreign stars before the end of the transfer window, they will have to drop one of them from the squad for the second half of the season, if they are to accommodate Bony, with Sagna now looking like the favourite to be the fall-guy.

The French international has largely played second fiddle to long-serving right back Pablo Zabaleta since signing from Arsenal in the summer and Pellegrini could feel that the extra attacking thrust provided by Bony could be more important than a back-up full back in the last 16 clash with Barcelona.

After City failed Financial Fair Play regulations, UEFA ruled that their Champions League squad would be cut by four players to just 21 for this season, of which only 16 can be foreign, meaning that the signing of Bony has handed Etihad Stadium chiefs a small headache in this regard.