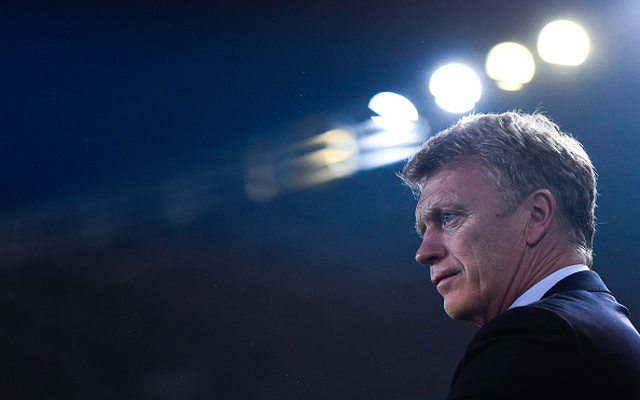 Moyes was sent off in the Cope del Rey defeat against Villarreal this week.

Real Sociedad manager David Moyes has been handed a two match ban by the Spanish authorities, report the Mail, after the former Manchester United boss was sent to the stands during an entertaining Copa del Rey tie against Villarreal this week that saw La Real crash out of the competition after a defeat on aggregate.

SEE MORE:
West Ham have seven days to try and secure the future of Arsenal target
Next FIFA president analysis

Footage of Moyes climbing into the stands after his dismissal, eating some crisps offered to him by a Sociedad supporter in the process, went viral after the match – but those actions have also proven costly, with Moyes handed a one match ban for his dismissal and an additional match for his actions in climbing over a barrier and into the stands.

Moyes was frustrated with a number of decisions during an entertaining 2-2 draw against El Submarino Amarillo, a result that saw his side exit the competition 4-3 on aggregate, and his frustrations came to a head nine minutes from time when he gestured that the linesman needed glasses following a contentious offside decision, earning a dismissal from referee Carlos Velasco Carballo in the process.