Manchester City and Arsenal clash in the Premier League on Sunday.

City begin the game as big favourites and a win would see them move 14 points clear of the Gunners.

Arsenal are massively inferior to the reigning champions. To hammer home that point, we have selected the best possible XI using players from both clubs.

Not many Arsenal players make the cut…

Team includes some players who are currently injured.

No longer considered the best goalkeeper in England, having fallen behind Tottenham’s Hugo Lloris, Chelsea’s Thibaut Courtois and Manchester United’s David de Gea. However, he is easily better than Willy Caballero, David Ospina and Wojciech Szczesny.

Zabaleta rarely gets a mention on the back pages or on Match of the Day, but City fans love him. The Argentine is the complete full-back. He is super fit, highly disciplined and technically excellent.

City pinched Clichy from Arsenal for a bargain fee of £7m in 2011. The rapid Frenchman is streets ahead of Kieran Gibbs.

City captain Kompany is one of the finest centre-backs ever to grace the Premier League.

Koscielny is Arsenal’s most important player. Don’t believe it? Check out these stats… 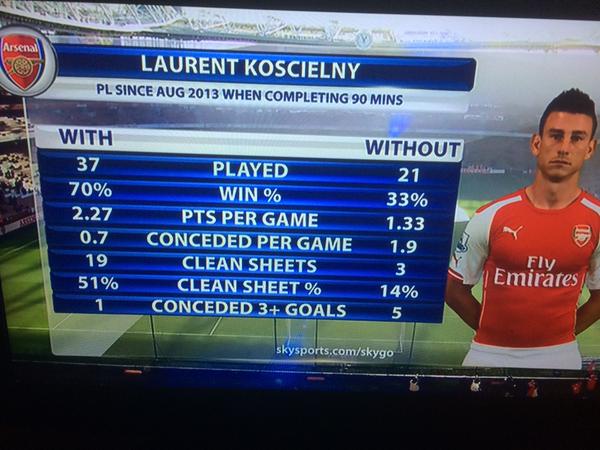