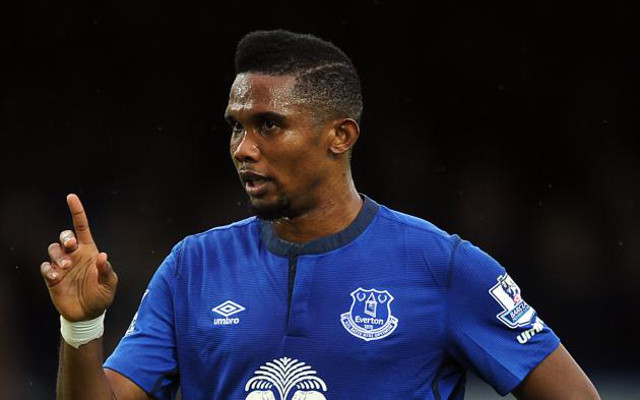 Sacchi tempted by return to Milan in mystery role…

All the latest headlines from the newspapers in Italy as AC Milan, Sampdoria and Roma are all close to securing new players in the January transfer window.

– Berlusconi-Sacchi lunch meeting at Milanello with mystery: a role in the Milan staff proposed? This time the ex-Coach is tempted: ‘I’ll sleep on it,’ but Rossoneri hierarchy downplay it.

– Palacio and the missing goal, there’s an assist from… Recoba. With one goal against Empoli the Argentine will have netted against every Serie A club. Il Chino: ‘I scored there from 50 metres out’.

– Totti or Destro, Garcia chasing doubts too. Egyptian Salah (Chelsea) closer to the Giallorossi, but only on loan.

– Eto’o, look who’s back. ‘Samp, give me Inter straight away’. A two and a half year contract, plus a future as a director. On Wednesday he wants to take on the Nerazzurri in the Coppa Italia.

– Trouble for Vidal. They insist for Jovetic, but the Sassuolo striker could arrive now. The Chilean is in hospital and his brother in jail.

– Eto’o returns to Samp until 2017. Milan reach agreement with Liverpool over Suso. Roma tighten the grip for Salah.

– Inter go to Empoli and Mancini awaits a swoop. Hoping for Mario Suarez or Lucas Leiva.

– Garcia chasing Juve, so at Palermo to win. Many absentees, Destro or Totti in attack.

– Africa Cup of Nations, many stars and a lot of fear. We reveal the Lyon side that cost nothing.

– Ebagua’s Bari gets Serie B going again. Nicola debuts the hitman against Entella.

– Sturaro is there for Juve!

– Very close to a deal with Genoa to have him in Turin straight away. Marotta continues the chase for a trequartista.

– Vidal Inferno. Kept in hospital for tonsillitis and a high fever. His brother Sandrino ends up in jail for a brawl.

– Samp-Eto’o: It’s done! On Monday the medical, he can debut on Wednesday in the Coppa Italia against Inter.

– There is also the all-clear for Muriel.

– Serie B resume, Carpi-Livorno is the big game.