Tottenham Hotspur manager Mauricio Pochettino is preparing a January attacking shake up at White Hart Lane, report the Express, with the former Southampton manager ready to sell two of his first team strikers in a bid to fund a move for one top class replacement.

Despite the stunning form of academy graduate Harry Kane in recent weeks, none of Tottenham’s other strikers have helped the youngster with the goalscoring workload, leading Spurs to target a January shake up that will involve three deals: 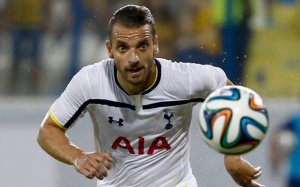 The first mooted deal would take flop striker Roberto Soldado to Serie A giants Inter Milan, with the former Valencia man having continually failed to make the grade since his move to White Hart Lane. Whilst Inter are unlikely to pay anything like the £26m that Spurs originally paid to the Mestalla club for Soldado’s services, Spurs would be confident of recouping some of that fee to put towards a deal for a new striker.