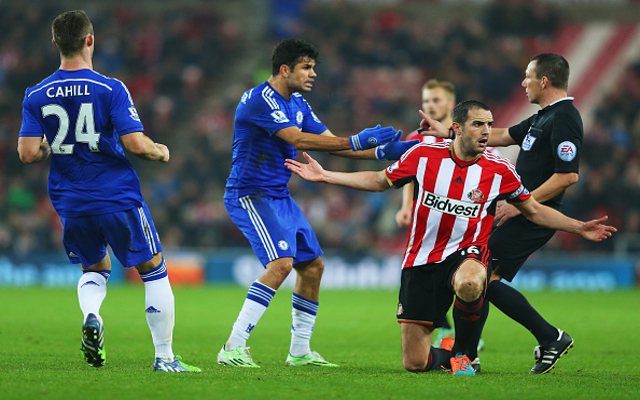 Jose Mourinho’s side take no prisoners in Liberty Stadium thumping.

Jose Mourinho’s side wasted no time getting stuck into Garry Monk’s Swansea City side with Brazilian Oscar superbly finishing from 18 yards within the first minute.

With less than 20 minutes on the clock Diego Costa fired home from a Cesc Fabregas assist to give Chelsea two goal cushion.

Costa bagged another on 33 minutes with another clinical strike.

Then less than 90 seconds later Oscar grabbed his brace to put Chelsea 4-0 up at half-time,

Chelsea took their foot off the pedal in the second half with all three points comfortably in the bag though sub Andre Schurrle netted a fifth to complete the rout that will send a warning shot to title rivals Man City ahead of their fixture with Arsenal.