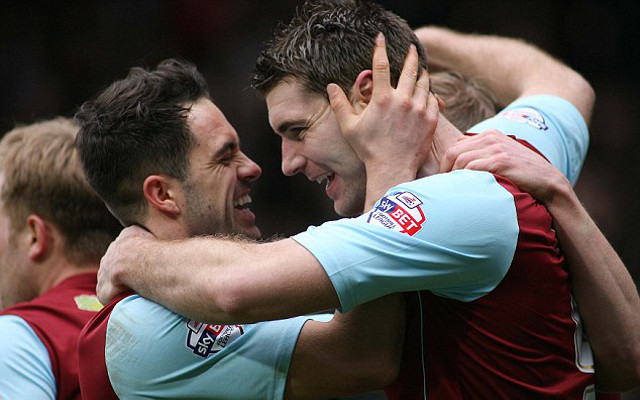 Burnley striker Danny Ings had admitted that his future is no closer to being decided, as the Premier League strugglers battle to keep hold of their star striker beyond the January transfer window.

The 22-year-old is out of contract at the end of the season, and both Chelsea and Liverpool have been linked with a surprise swoop for the England under-21 international, who has scored seven goals in all competitions this season.

Earlier this month, the Daily Star reported that the Premier League duo, along with domestic rivals Tottenham and Newcastle, were interested in poaching Ings, whose goals could well be the difference between Burnley staying up or being relegated from the top flight.

According to the source, the player could be available for as little as £3m, but would be unlikely to start for a team chasing Champions League football at this stage of his career – especially at Stamford Bridge, where Diego Costa leads the goal scoring charts.

Speaking about his future with Sky Sports, Ings was asked whether there had been any negotiations over a new contract, to which he replied: “To be honest, no, I’m just getting on with my football.

“Obviously with social media and all of that outside noise there’s going to be speculation for any player doing well for their club.

“I’m not the type of player to buzz off the speculation and think, ‘Maybe I can move there’. It’s all about the football, letting my feet do the talking, and I’m happy at the moment.”

Ings also reserved special praise for manager Sean Dyche, who he believes will keep the club in the Premier League: “When I came up with Burnley, I had my mind set that I’ve got a job to do in helping to keep Burnley up,” he added.

“It’s not all about me, it’s about the team, but I’ve got a massive target ahead of me and so have the team and I’m just focusing on that. What the gaffer has done extremely well is he’s brought out the best in every single one of us to perform to our absolute maximum.”