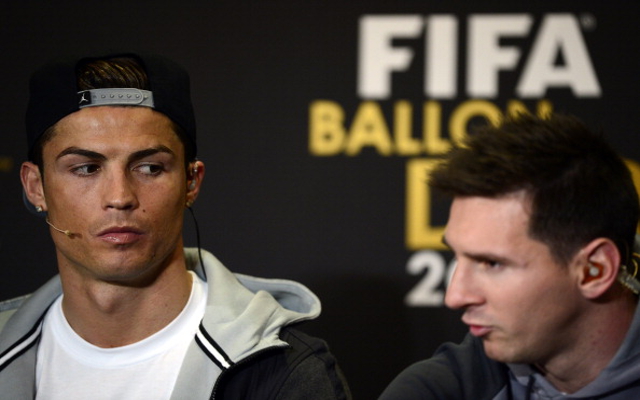 Ten big names who can take the gong off the big two.

With the Ballon d’Or trophy going to either Cristiano Ronaldo or Lionel Messi for the last seven years now, CaughtOffside takes a look at ten other big names who could be realistic candidates to end this dominance next year or in the near future.

There’s no doubt Ronaldo and Messi deserve this superb recognition for their superhuman performances for Real Madrid and Barcelona respectively, but neutrals will surely be hoping we see the rise of a new star by the time the votes come rolling in next winter.

With a combination of current greats and future stars, here are some possible contenders to win the award in the future…after all, Ronaldo and Messi can’t possibly keep this up forever!

A player who was majestic for Liverpool last season before his £75m move to Barcelona this term, the Uruguayan has suffered a slight dip in form but remains world class and could perhaps reach new heights with the help of Messi and co. with him at the Nou Camp.