We pick the most impressive XI from this weekend’s Premier League action.

Another weekend of thrilling Premier League action has come to an end, with the biggest stories being Chelsea’s utter evisceration of Swansea City in South Wales and Arsenal’s shock win at the Etihad Stadium.

This is our best XI from the weekend’s action: 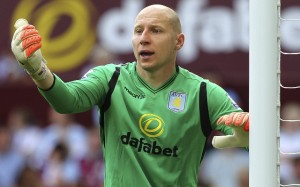 Aston Villa may have been beaten by Liverpool at Villa Park, continuing their dreadful recent run, but the 2-0 reverse could’ve been worse if it wasn’t for American goalkeeper Brad Guzan who made a string of impressive saves to keep the score down.