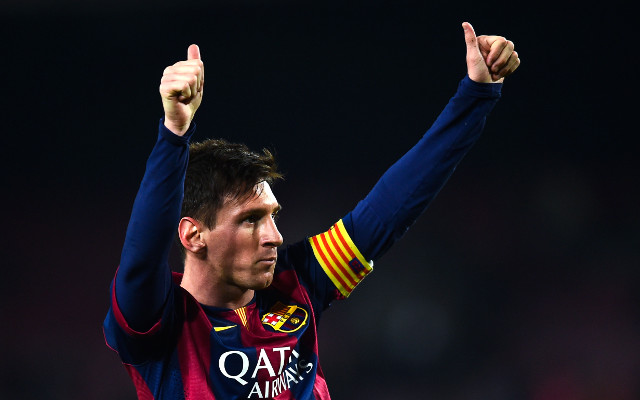 Lionel Messi is not expected at Stamford Bridge…

Goalkeeper Thibaut Courtois has admitted he doesn’t expect Barcelona star Lionel Messi to join Chelsea in the near future, insisting Jose Mourinho would have to sell half the Blues team to fund a move.

Speculation went crazy that Messi was eyeing a move to the current Premier League leaders when the Argentina captain followed Chelsea on Instagram, along with Blues players Courtois and Cesc Fabregas.

However, the stopper insists that the media have completely hyperbolised Messi’s actions on social media:

“He just followed my Instagram account, he did not say he would leave Barcelona,” Courtois was quoted by The Sun.

“I know him a little, but it’s just crazy how people can make such inventions with social networks.”

Courtois has not only shunned the idea that Messi’s Instagram activity is important, but has also expressed just how financially difficult, or rather impossible, a move would be.

“Nobody can buy Messi. I think Chelsea say they wouldn’t. Except if they sell half of the team!” the ‘keeper exclaimed.

So unless Mourinho intends on selling his star players – a move for the three time Ballon d’Or winner doesn’t seem likely.