Statistics have been unearthed that show Manchester United summer signing Marcos Rojo has been doing better than both Chelsea’s John Terry and Manchester City’s Vincent Kompany this season.

While the Argentinian has not been overly criticised since his move to Old Trafford, he has not been thought of as wildly successful either. Injuries have restricted him to less time on the pitch than the other two, but in all other stats except blocks he is better than the Premier League legends.

This may have something to do with the better protection that the other two get from their respective midfields, but even so check out the amazing numbers below. They will at least give United fans something to hope for. 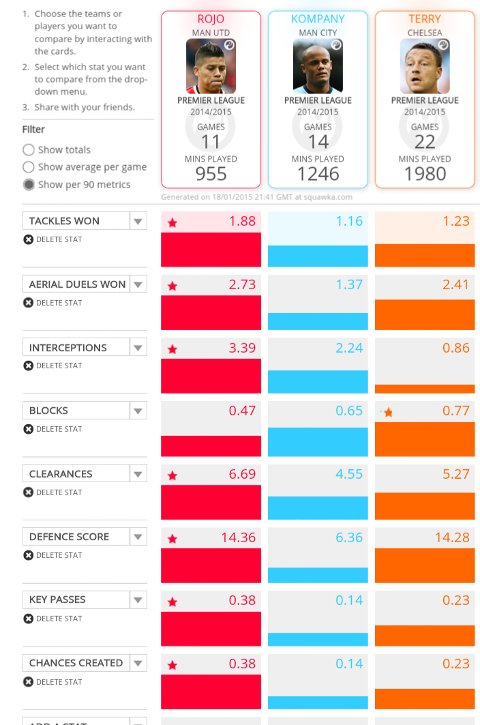