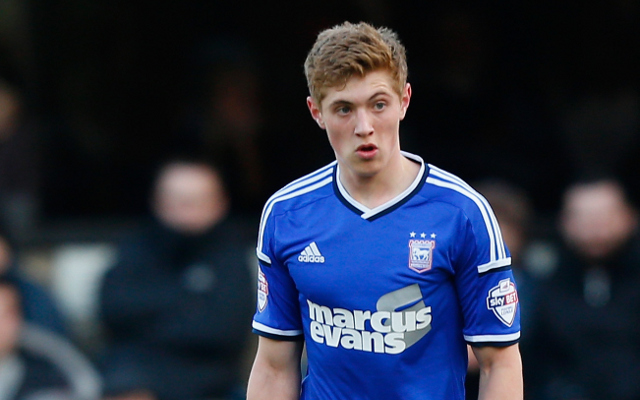 Liverpool are said to be in pole position to complete the £10m signing of Ipswich Town youngster Teddy Bishop, whose fine form has attracted interest from Premier League clubs this season, according to the Daily Mirror.

The 18-year-old midfielder has been a revelation at Portman Road, breaking into Mick McCarthy’s side this term and making himself a regular with some impressively mature displays in the middle of the park.

The Reds are now being tipped to sign the impressive starlet, in what could be a smart move for the club as they look for a new generation of midfielders to fill the void that will be left by Steven Gerrard, when he calls time on his long and great Anfield career at the end of this season.

It remains to be seen if Bishop would be one to go straight into the team at Anfield, but he has shown he can play week in week out with Ipswich and looks destined for a great future in the game.

Another of the club’s best youngsters, defender Tyrone Mings, has also been tipped for the big time after being linked with Arsenal this season.