We pick the most disappointing line up from this weekend’s Premier League action.

SEE MORE:
Villarreal defender claims that his agent is in talks with Arsenal
Falcao promises fans that the goals will flow soon 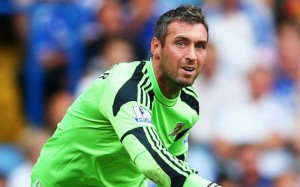 Scottish international McGregor has had a good season for Hull so far and is usually a dependable performer, but he had an off day in defeat at West Ham, spilling the ball for the opening goal.