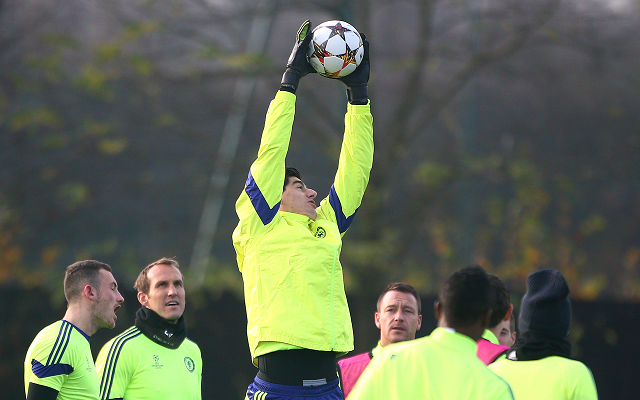 Chelsea manager Jose Mourinho is considering recalling goalkeeper Thibaut Courtois to the first team for this week’s Capital One Cup semi-final first leg clash against Liverpool, report the Guardian, despite the fact that deputy Petr Cech has kept three clean sheets in his three games in Courtois’ absence.

The Belgian international fractured his thumb during the New Year’s Day defeat to Tottenham Hotspur and his missed the Blues’ three fixtures since. But he came through training at the weekend showing no ill effects, and is ready for selection ahead of the League Cup semi-final showdown with Liverpool.

Courtois is yet to play in the competition this season, with Cech generally having been given the opportunity to shine in cup competitions, but the fact that Courtois has been missing for the last couple of weeks could mean that Jose Mourinho opts to switch the two around again for the tie.

The Blues play again in a domestic cup competition on Saturday, against League One outfit Bradford City in the FA Cup at Stamford Bridge, with Cech then likely to play in that fixture if he is dropped for the Liverpool clash.