You can never switch off against a player like Lionel Messi, right?

Wrong. Turns out defenders can relax in the first two minutes of a game (and the 14th, 46th and 69th minutes).

Research by Twitter user @transfersite  has shown in what minutes Messi has scored all his 262 goals for Barcelona.

It turns out that Messi is impotent in the first minute of each half – but beware the end of the half – Messi has scored a total of 38 goals in added time. 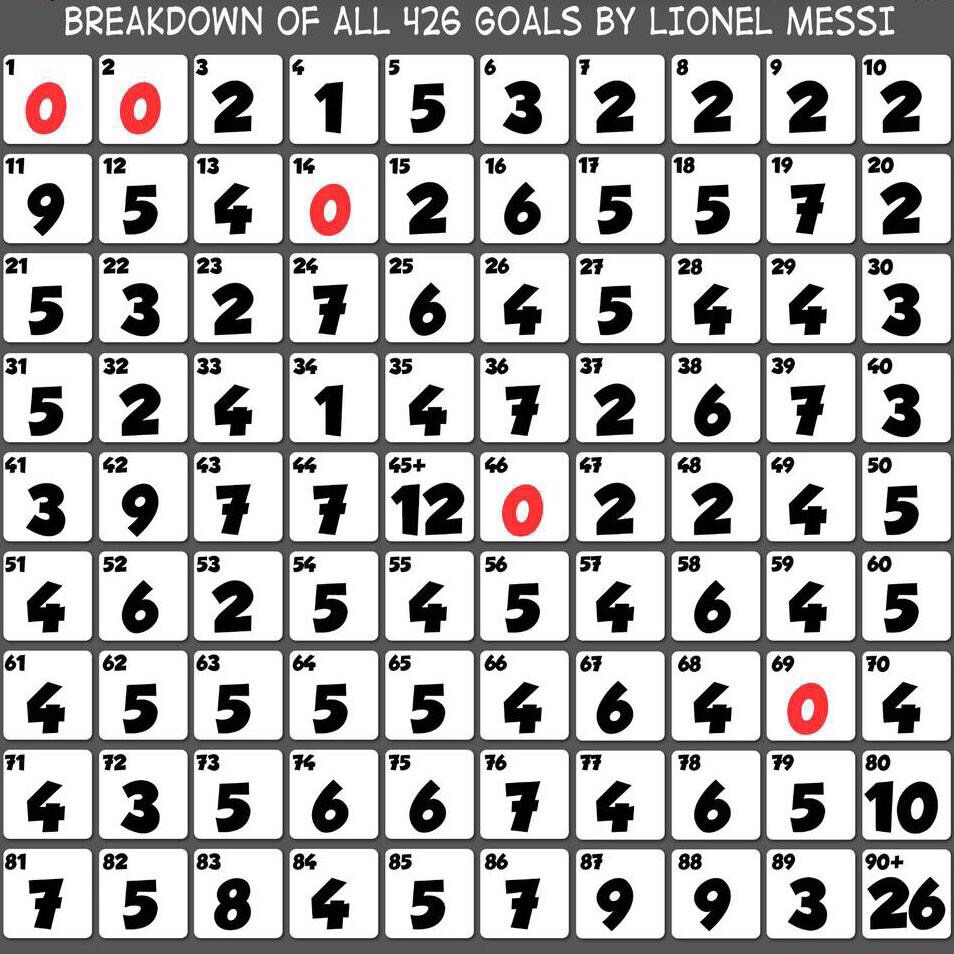 However, it would appear that he is rather lethal during injury time, bagging 12 goals in the moments before halftime, and a whopping 26 at the death.

Those are the only times he has reached into double figures, though he tends to do quite well in the final ten minutes of games anyway.