The Gunners beat Manchester City on Sunday, enabling their opponents plenty of the ball…

Arsenal beat Premier League champions Manchester City 2-0 on Sunday, and didn’t play their usual possession football in order to do so.

But should the Gunners play a counter-attacking style more often…? It would seem that the statistics back this up when they play away… However, when at home they seem unable to hold on to victories.

In the eight matches Arsenal have had least possession since 2003, they’ve won seven, and drawn just one! 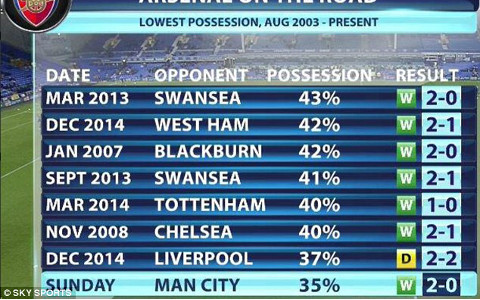