Robben, Benzema and Charlie Austin are among the best forwards in the game according to the latest statistics.

We all know that Lionel Messi and Cristiano Ronaldo are the two most potent attacking players on the continent, but which other forwards players are doing the business?

New research shows the combined goals and assists totals for players across Europe. Diego Costa and Alexis Sanchez both feature, as do lesser-known players such as Eric Choupo-Moting, Paulo Dybala, and Dimitri Payet.

You can see the data in the charts below: 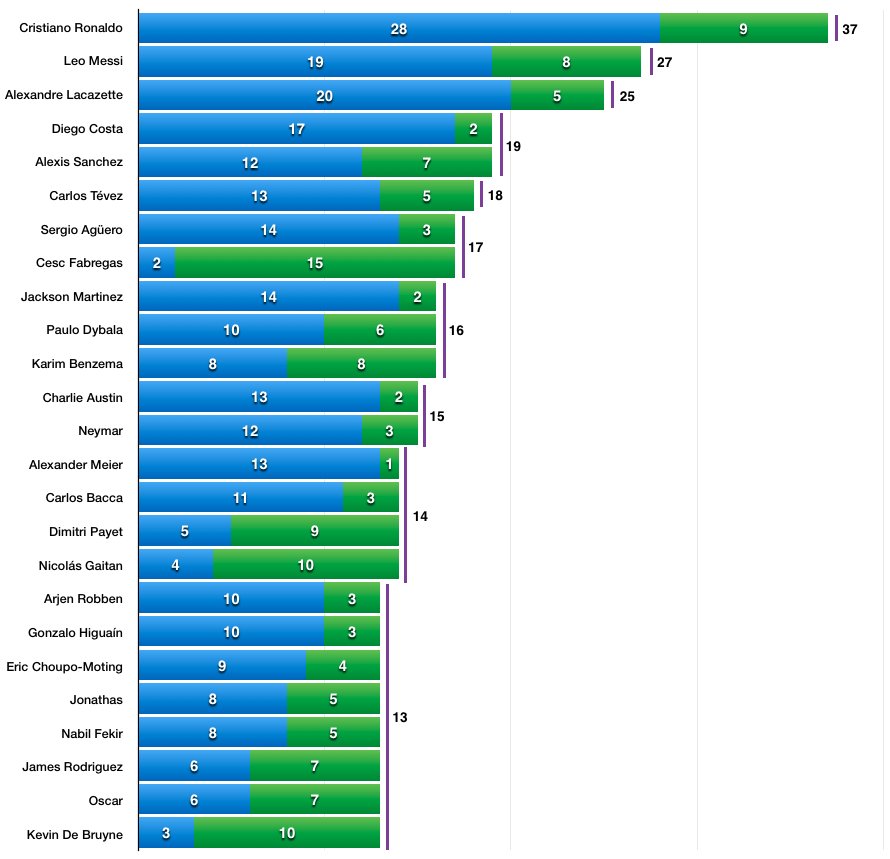 Lyon star Alexandre Lacazette is also in good form, bagging 20 goals and five assists as the club continue to reassert their dominance at the top of Ligue 1, and former Man City striker Carlos Tevez is also performing well at Juventus with 13 and five so far this term. 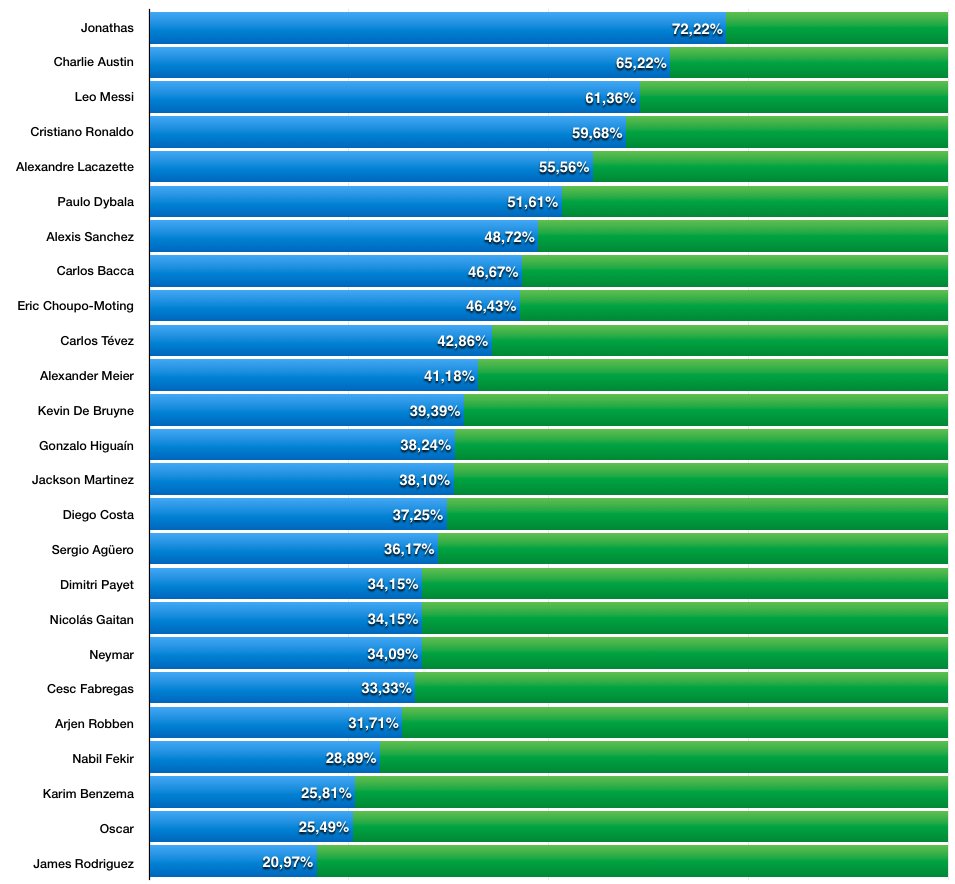 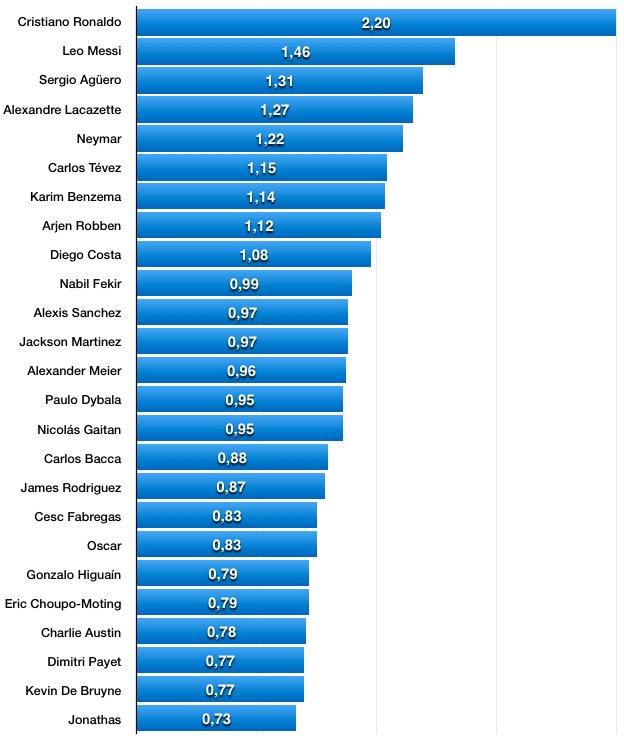