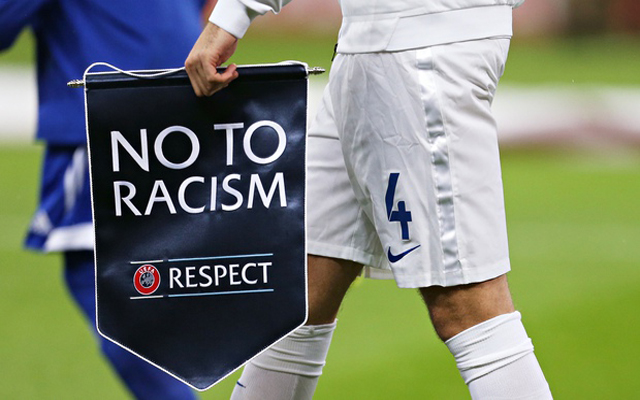 A variation of the “Rooney Rule” was discussed at a summit of key football figures, with a view to stamping out racism in football and ensuring more non-white coaches in the English League…

The majority of managers in English football at the moment are white, with just five of the 92 league clubs being able to claim otherwise. A variation of the “Rooney rule” was discussed at a summit for key football representatives, in the hope of addressing this very issue, as reported by the Mirror.

Major figures from the FA, Premier League, Football League, PFA, Kick It Out, and Show Racism the Red Card were all present, with the possibility of the “Rooney Rule” being introduced discussed in detail.

“We want there to be more BME coaches and managers, more administrators and more on football clubs’ boards,” said Sports Minister Helen Grant.

“This meeting will take stock of where we are, what has been achieved, and what remains to be done – and clearly a lot more still needs to be done.”

The “Rooney Rule” was brought into use in the National Football League in the United States of America, and requires teams to interview a certain number of non-white candidates for numerous positions; including high level coaching roles.

In November 2014 a report was published by the Sports People’s Think Tank. They claimed that just 19 of the 552 senior coaching positions in English League football were occupied by minorities, something that the FA and many involved in football are keen to change.