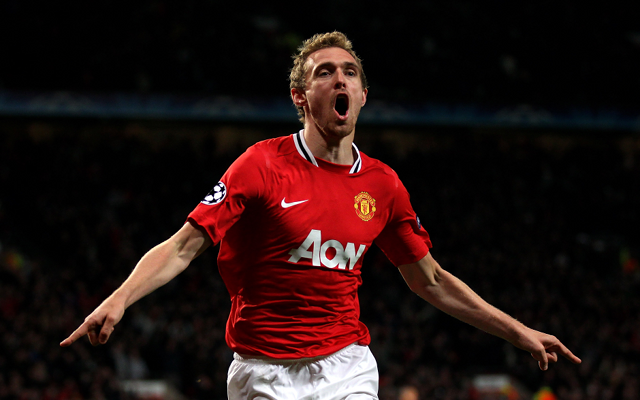 West Ham United are the latest club to consider a move for experienced Manchester United midfielder Darren Fletcher, who is out of contract at the end of the season, but the Mail report suggests that Sam Allardyce’s Hammers are set to face fierce competition from numerous clubs for Fletcher’s signature.

Fletcher is one of the longest serving players at Old Trafford, but recent seasons for Fletcher have been ravaged by illness and he has been far from a regular fixture in Louis van Gaal’s first team plans this season, with his most recent appearance in a red shirt being in the FA Cup third round victory against Yeovil Town at Huish Park.

The 30 year-old is one of a diminishing number of experienced players to bridge the gap between the new Old Trafford era and Sir Alex Ferguson’s time in charge, but it is looking increasingly unlikely that the Scottish international’s deal will be extended beyond the end of the season.

Whilst Sam Allardyce is reportedly keen on bringing Fletcher to Upton Park as he looks to add experience to his squad after a fine start to the campaign, they are set to face competition for his signature both from Premier League rivals West Brom Albion and La Liga giants Valencia.