The Belfast Telegraph made a massive mistake on Wednesday when they published some outrageous predicted XIs as part of their Tottenham Hotspur vs Sheffield United preview. 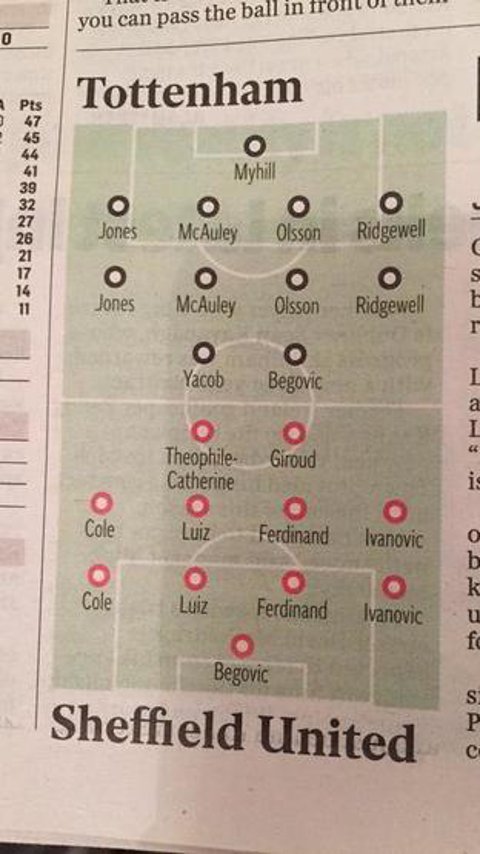 According to the Telegraph, Spurs are going to play West Bromwich Albion’s back four in defence AND midfield, with Stoke City goalkeeper Asmir Begovic up front.

Begovic is also going to play for the Blades, whose right flank is very steely, thanks to Chelsea rock Branislav Ivanovic, who features twice.

If you have any idea how the Telegraph came up with such crazy selections, please let us know!

To see how we think Spurs will lineup, click the link below.