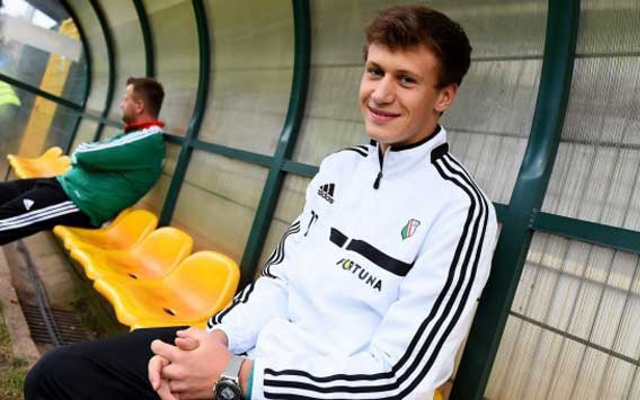 The arrival of the 17-year-old, who is a defensive midfielder but can also play at centre-back, has got Gunners fans excited.

Gooners took to Twitter in their thousands to react to Bielik’s arrival.

There were a handful of negative responses, plus a few cracking jokes.

However, the general vibe was one of excitement.

One supporter got a bit carried away though, describing Bielik as a combination of Patrick Vieira and Cesc Fabregas!

Check out the best of the Twitter reaction below…

I just wanna know what number Bielik is gonna be. I’m seriously getting him on my shirt.

It’s always a good day when Arsenal sign a new player. Krystian Bielik is one for the future. https://t.co/7PmJKd8k6D

Bielik has the size of Bart Simpson’s head lol

Bielik in Gabriel Paulista next as Bielik cover Wenger is getting serious — Keeping it real (@davearmstrong8) January 21, 2015