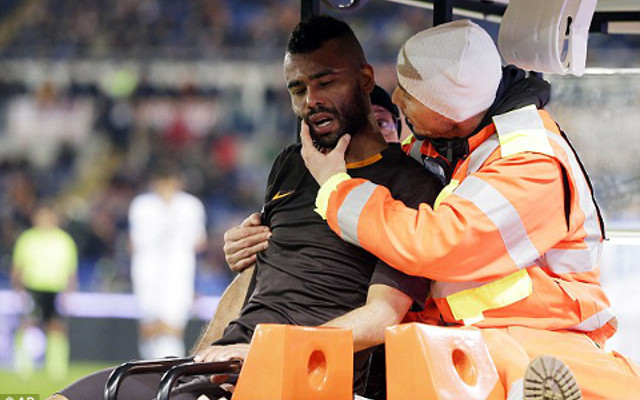 Former Chelsea star Ashley Cole was forced off during a Coppa Italia game for Roma, with the experienced left-back getting kicked in the chin…

Ashley Cole was forced off in the first half during Roma’s 2-1 win over Empoli, with the former Chelsea man taking a nasty kick to the jaw, as reported by the Daily Mail.

The 34-year-old looked totally out of it as he was removed from the field via medical buggy, with the English veteran looking to have suffered a concussion.

Cole was unable to return to the field after the incident involving Empoli midfielder Matias Vecino, and was replaced shortly after by Jose Cholevas. 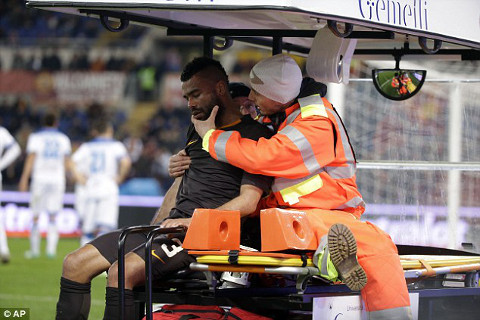 Despite the unfortunate accident, Rudi Garcia’s side went on to win the Coppa Italia clash without Cole. They ended the first half with a slender 1-0 lead, Juan Iturbe the difference maker in the first 45. Simone Verdi struck late on in normal time however, cancelling out the Argentine’s opener.

The game looked like going the distance, until Roma were awarded a penalty. Daniele De Rossi stepped up to the spot, finishing superbly from 12 yards.

This was Cole’s first appearance for Roma since the 22nd of November, and is likely to miss several more games after this accident.