Jozy Altidore completed a transfer from Sunderland to MLS side Toronto earlier this month.

Altidore has retained something of a cult hero status in his homeland, despite a miserable spell at Sunderland which saw him score just once in 42 games.

He’s not popular among all areas of the US fan-base however, and rival fans have wasted no time in mocking Toronto for the incredibly high wages they’ve agreed to pay the 25 year old – a figure listed as $7,167,500 per year by the MLS Players’ Union salary database.

For that amount you could get 0.83 Kaka’s, almost two entire Chicago Fire squads, and an awful lot of KitKats…! 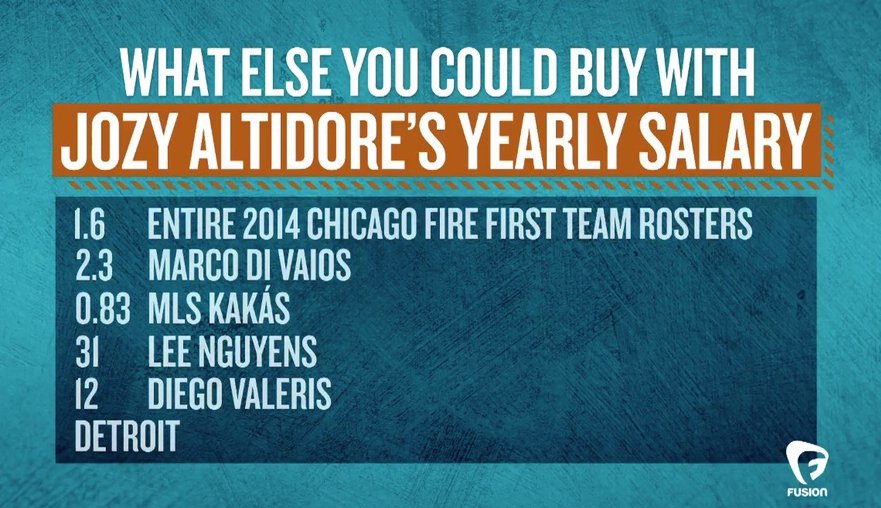