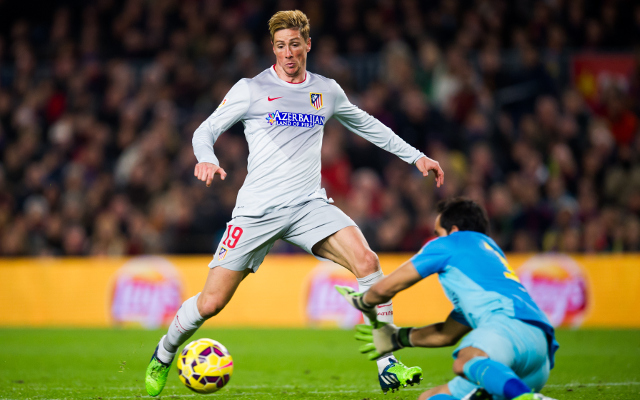 All the latest headlines from the newspapers in Spain as Atletico Madrid striker Fernando Torres looks to continue to terrorise Barcelona.

– Simeone: “I’m where I want to b”. If I had a great offer from Madrid or even Brazil I’d still turn it down”.

– Great offer for Illarra and a rush for Lucas Silva. Madrid pave the way for the Brazilian.

– Athletic would pay more than €20m for the former La Real player.

– Barbarism: 13 children murdered for watching football. Their sin was to watch the Iraq-Jordan match in the Asian Cup.

– Islamic State militants executed the youngsters in Mosul for going against their law.

– Torres has scored eight goals against Barca in 12 games.

– Cristiano: “The competition with Messi motivates me. The word leader doesn’t define what I am. I’m trying to improve my left foot, acceleration and free-kicks”.

– Marcelino presents seven changes while Quique will bet on his replacements and youth players.

– Zaragoza sign an agreement with the tax authorities: the club emerges from economic collapse and ensures its sustainability.

– Great game at the Camp Nou, which deserves the title because of its quality.

– Luis Enrique: “We need the support of the fans”.

– Luis Enrique: “We must start better and know how to attack”.

– Surprise from Mourinho: “I didn’t want either Falcao or Di Maria”.