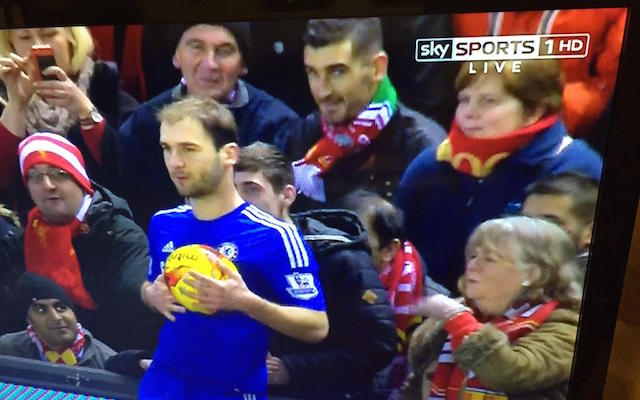 Branislav Ivanovic definitely isn’t this woman’s favourite player, and she demonstrated exactly what she thought of him with her hilarious gestures.