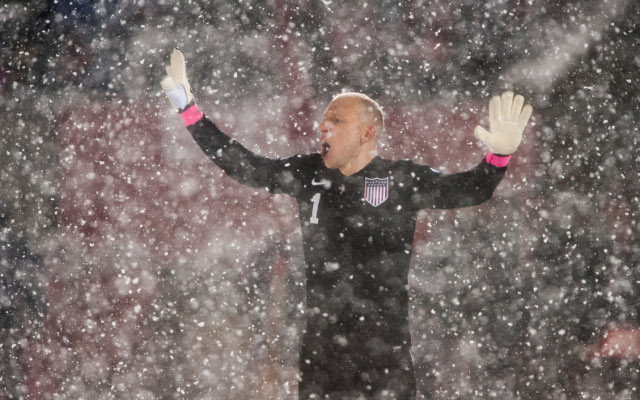 The player wasn’t widely known, but after being snapped up by MLS side San Jose Earthquakes in the SuperDraft, his dancing antics are rapidly gaining attention!

He made his moves after saving a penalty in a college shootout last year.

The former Providence goalkeeper was San Jose’s third pick in the draft, and fans of the MLS team will no doubt be hoping to see his dancing on a regular basis in the 2015 season.