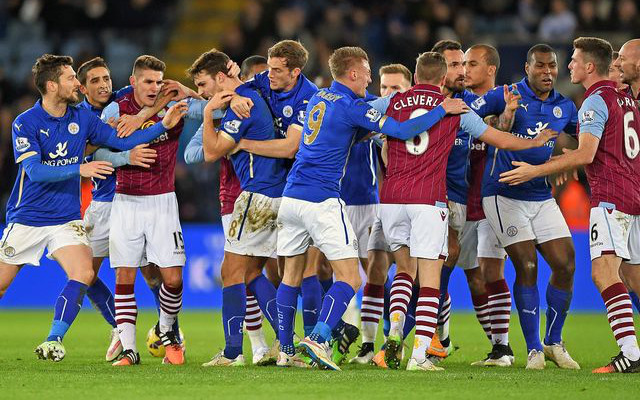 Villa have been given a £60,000 fine for failing to control their players.

Aston Villa have been dealt a £60,000 fine by the FA and warned about the future conduct of their players after s scuffle during the 1-0 defeat to Leicester City, reports the BBC.

Leicester sit bottom of the Premier League table and the 1-0 victory over Villa has given them a boost as they face a serious battle against relegation.

However, the victory was overshadowed by controversy as the Foxes’ Matt James was sent off for a bad challenge in stoppage time, while Villa’s Ciaran Clark was shown a second yellow for his reaction.

James’ tackle sparked off a brawl between the two sides – and it’s more fight than Nigel Pearson’s men have shown all season as they struggle in the bottom-three.

The Claret and Blues have now received almost as many fines as they have wins this season – with this being their third offence. They were also fined £20,000 in the 2-1 defeat to Tottenham Hotspur and £30,000 in the 1-1 draw against Manchester United.