The experts at Football Manager have been running simulations on the second-half of the Premier League season. Below are two tables, the first of which is a prediction of how the final standings will look without any further January transfer business, the latter includes predicted signings.

Manchester United lose to Tottenham and Liverpool, but Louis van Gaal does enough to inspire a third place finish. Southampton fall away but still secure a spot in Europe, while Brendan Rodgers’ side beat Arsenal to fourth.

Leicester, Hull and Sunderland are relegated. City beat United 3-1 in the Manchester derby and Arsenal beat Tottenham 4-1 in the North London match-up. 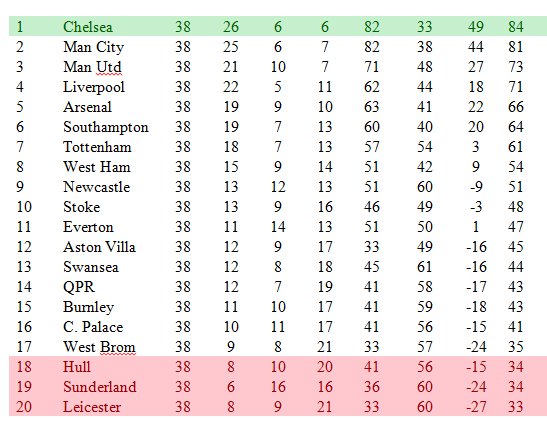 Tottenham and Liverpool fill the European places, while Sunderland miss out on Premier League safety on goal difference. West Brom and Hull also go down after uninspiring finishes to the season.

Berahino leaves West Brom, scoring six in ten at Tottenham to fire them to fifth place, while Albion fail to replicate his goals. 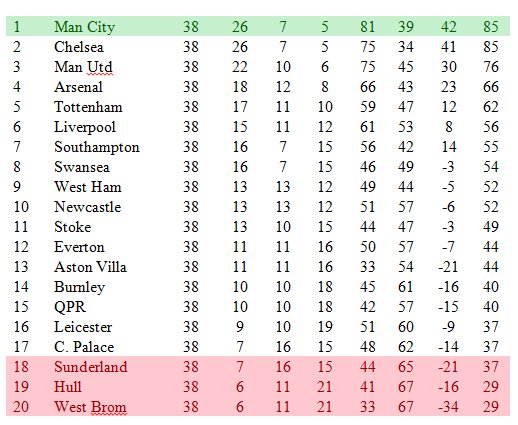