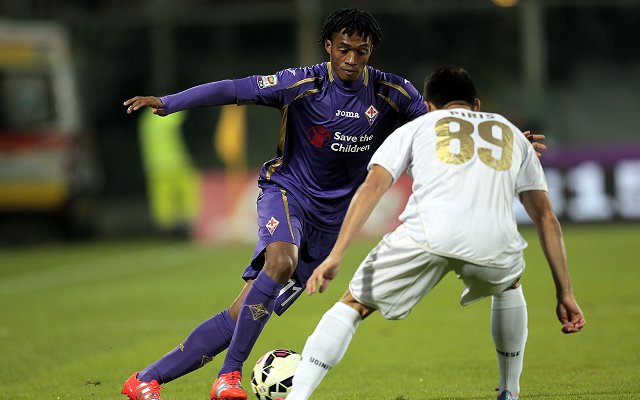 Chelsea have entered talks with Fiorentina over a deal to bring in Colombia winger Juan Cuadrado, 26, during January – (Guardian)

Chelsea are preparing to offset the arrival of Cuadrado with the sale of winger Mohamed Salah, 22, or forward Andre Schurrle, 24 – (Independent)

But Fiorentina coach Vincenzo Montella says there is no chance of Cuadrado moving to Stamford Bridge – (Goal.com)

Chelsea are also planning a £40m move for Juventus’ 21-year-old France midfielder Paul Pogba, who left Manchester United on a free transfer in 2012 –